Hirano Mushroom LLC was established in 2013 in Kosovo. It is a very diverse, international company where expertise comes from Japan, France, the Netherland, Switzerland and Kosovo.

Hirano Mushroom LLC is the only producer of exotic, shiitake mushrooms in the Eastern Europe, devoted to bring high quality mushrooms to the European, Asian and United States markets. With production capacities of 8 tons a day and distribution points in France and the Netherland, we will make sure to deliver your order with first class shiitake within 3 days anywhere in Europe. 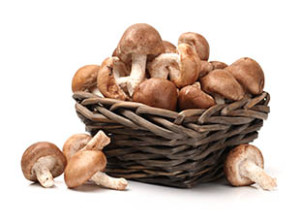 Hirano Mushroom started as a small-scale production company, specialized in the world of mushrooms. By now, we have grown into a renowned importer/exporter of fresh wild, exotic and processed mushrooms for the whole European market. The number of our branches increases continuously, which enables us to deliver throughout the whole of Europe. Our product range consists of only the best quality mushrooms from home in two types: Shiitake and Wild Forest Mushrooms. The processing of our products is entrusted to specialized growers. 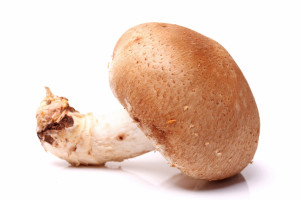 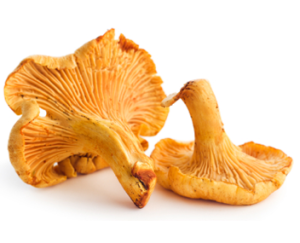 How we produce Shiitake Mushrooms?

Once grown only in Japan by introducing spores to a local type of oak tree, this mushroom is now cultivated around the world – on artificial logs. However, our process is a little bit more complicated! We use Japanese technology for our farms. We have about 26 farms that are used to cultivate and grow Shiitake at capacity of 2,000 kg per day!

How we collect Wild Forest Mushrooms?

Wild mushroom are found all around Kosovo and collectors bring them to our facility on daily basis where they are stored at temperatures between 1 – 3 Celsius to ensure their freshness. They are cleaned with a brush from a trained team. There is no need to wash them with water. After brushing, they are packed and are made ready for export.

Our research laboratory consists of local and international experts in the field of mushroom business. They work day and night to ensure the best quality of mushrooms are being produced. Our R&D department continuously does extensive research on the new types of trendy mushrooms.

Quality control is one of the most important duties that we perform with attention. Mushrooms are very delicate and we ensure our clients that we take quality control very seriously by checking each production batch and make sure it satisfies 100% clients’ requests.

Planning is one of the main tasks of our team. In order to fulfill the big number of orders from around the globe, we need to make sure that we stay strictly in our schedule. We are currently producing at 2 tons per day and we are still investing with the aim to expand our production capacities further.

We stay behind every mushroom that is produced by Hirano Mushroom technology. We guarantee 100% satisfaction on our products. If you are not happy with the quality, please contact us immediately. We can be reached via the link “Contact us” or by calling at +381 38 222 123

For us, the customer is always king! Your desire is our command, whether it concerns portion sizes, variable packaging units or the development and elaboration of customer-specific recipes.

Whether you’re a small or a large customer, at Hirano Mushroom you’re always welcome! Our extensive customer base consists of, amongst others, wholesalers and retailers, supermarkets, restaurants, hotels and caterers.

“Hirano Mushroom has made it possible to produce Shiitake mushrooms, with Japanese technology and quality in the heart of Europe. This is innovation in food sector!”

What we can do for you

If you still have doubts about our high quality mushrooms, we invite you to visit our plant in Kosovo at any convenient time for you. We will make sure to explain the whole process in details for you.

What we can do for your customers

As a distributor of mushrooms, you have lots of responsibilities toward your customers. If you feel comfortable, we can send samples of our mushrooms to your customers to convince them about our high quality mushrooms.

We are ready whenever you are